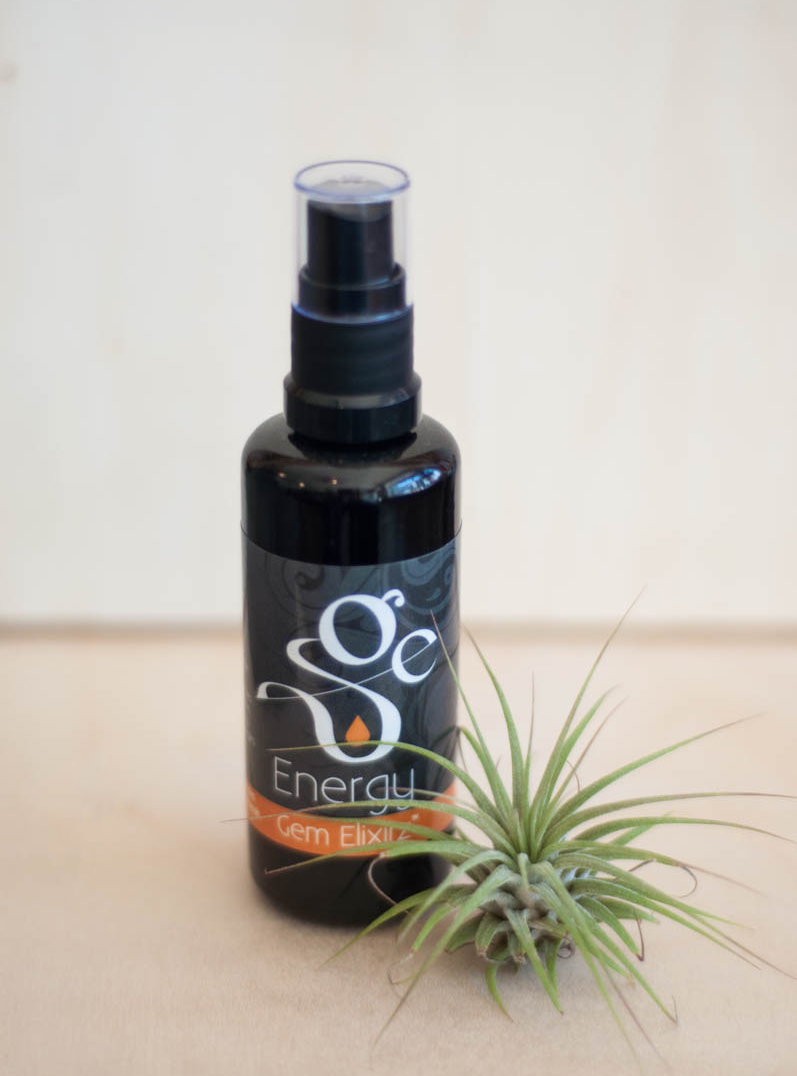 **Shipping Exceptions for Hawaii and Alaska

Made with Natural Spring Water and:

Aromas:
Grapefruit very refreshing and uplifting, this essential oil also boosts metabolism.
Peppermint purifies and stimulates the mind and body as well as boosts digestion and metabolism.
Black pepper great for fatigue, this essential oil is stimulating and energizing while it also enhances endurance and metabolism.
Rosemary boosts alertness and helps ease mental fatigue. It is said that inhaling Rosemary boosts alertness and enhances mental abilities.
Helichrysum considered to be uplifting to the subconscious mind and enhances the energy flow throughout the body.
Spearmint a mild stimulant that is believed to increase metabolism and bring about a feeling of balance and harmony.

Gemstones found in each bottle:
Quartz – Considered the most powerful energy amplifier and healing stone, Quartz absorbs, stores, releases and unblocks energy. Quartz is very adaptogenic and provides the perfect and balanced amount of energy for each individual wearing it.
Carnelian – A high energy stone, it is full of Universal life force, boosts stamina and restores vitality. It stimulates metabolism and promotes the absorption of vitamins and minerals. Carnelian is a wonderful anti-aging stone that was considered the symbol of life in Ancient Egyptian and Greek cultures.
Amethyst – An extremely powerful and protective stone, Amethyst protects one?s energy and enhances higher states of consciousness while also connecting the physical, mental and emotional bodies. This gemstone balances emotional highs and lows and is considered one of the most spiritual stones.
Citrine – Like the sun, this stone is warming, invigorating and energizes every level of life. Citrine, considered one of the most energizing gemstones, also promotes regeneration within the body.

To use: Shake well then spray around your or your surrounding space. For external use only. 50ml

What Are the Best Uses for Smudging Sprays?

Not sure what item you need? Our in-store consultant can help you pick the item that fits you best.