You may find this title unusual since it's known that Moldavite is actually a Tektite.

Tektite is used as a general term and refers to rocks that are a combination of meteoric matter and minerals from the area where it crashed.

Tektites are found in geographically restricted areas called strewn fields associated with an asteroid or comet impact on the Earth.

The term Tektite is also used for Black Tektites, which are not as rare as Moldavite.

The main issue for scientists is to determine when, where, and how these mysterious rocks originated. The ages of Tektites can be determined using radiometric dating methods.

Tektites can be found only in a few locations around the world:

So both Moldavite and Black Tektite have similar origins; let's see what differentiates them. 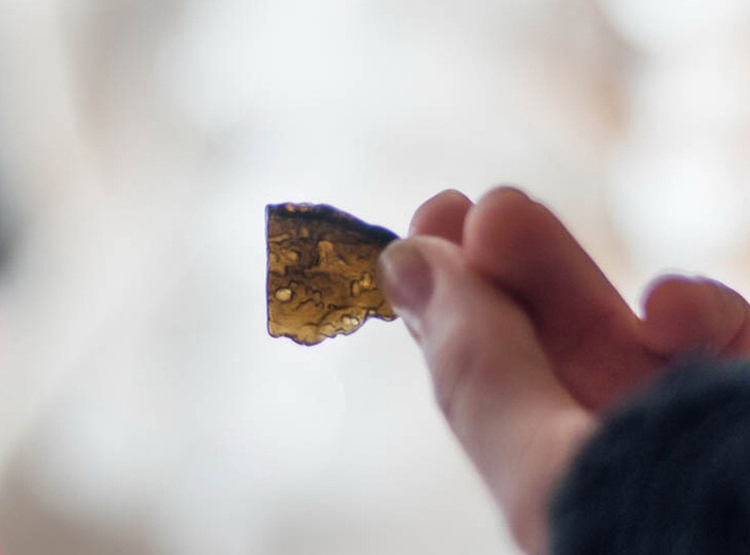 Moldavite is a rare tektite found only in Czechia. It is a stone of high-vibrational energy and intense frequency. The color of this stone ranges from dark-green, bottle-green to brown-green. It is a highly valued stone due to its unusual origin - according to scientists it was formed from condensed rock vapors after a large meteorite impact.

There are also theories about Moldavite's extraterrestrial origin, the stone often being named as "the only known extraterrestrial stone on the Planet" or "the gemstone from the stars". Moldavite is composed of silicon dioxide and aluminum oxide, it has no crystal structure and presents a hardness of 5.5 on the Mohs scale. It was considered a mystical stone since ancient times, and it is one of the best stones for psychic protection against negative entities and influences. Because of its high-vibrational energy, Moldavite can be used as a powerful tool for healing.

Moldavite has unique metaphysical properties, it will:

The stone has powerful energy with intense vibrations that energize the auric field and often cause various reactions such as a tingling in the hand, vibrations in the area of the heart chakra, dizziness, an intense heat flush on the face or in the whole body. The reaction is so common in people who get in contact for the first time with this stone that it's, called "the Moldavite flush". Once your energetic structure adapts to the stone's energy, you won't be affected as much.

How to use Moldavite

When you'll hold a piece of Moldavite for the first time, and experience the intense vibration that this stone radiates, you will understand why it is so popular. 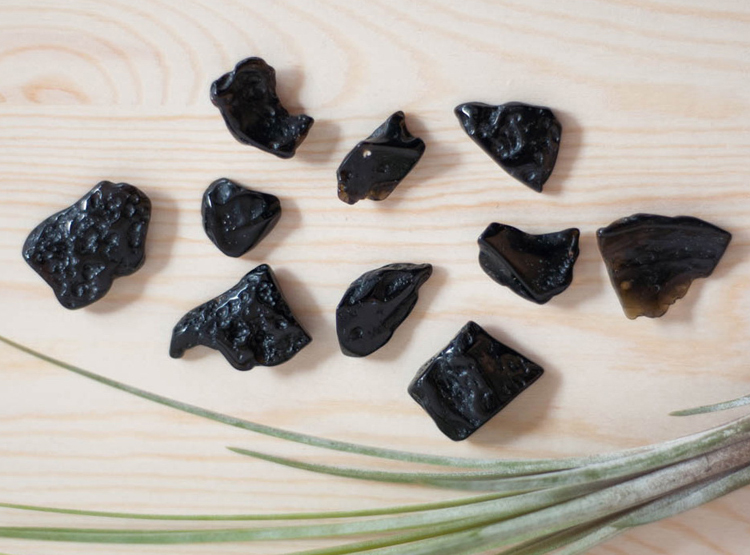 Black Tektites, often referred to as just Tektites, can be found on different strewn fields and are ideal stones to start if you're new to working with these special stones.

Black Tektites are formed by the quick heating, and subsequent cooling process of quartz-rich soil and minerals, and each stone carries the energies of the location in which it was found. So if you are drawn to these mysterious stones, it's good to purchase Tektites that come from different strewn fields. Black Tektite's properties:

Black Tektite has many benefits, it will:

Moldavite is a powerful stone, it's not recommended for frequent or everyday use, especially for sensitive persons. For those who feel the Moldavite's intense energy overwhelming, we recommend Black Tektites. These stones also have amazing metaphysical properties, but their energy is not as intense. Tektites are powerful, high-vibrational stones that can assist you on your spiritual journey.

How to use your Black Tektite:

We Have Various Types of Tektites at the Village Rock Shop

We hope you have found both interesting and useful this blog post about Tektites.

If you became interested to purchase Tektites, we invite you to check our webshop for these stones with unique properties.

If you don't find the ones you are looking for on our webshop, please contact us, and let us know; we might have them at our store, or we can order them, especially for you.