The crystal's name derives from the Latin word caelestis meaning celestial or heavenly. Its pale sky blue color reminds us of the clear blue sky, but the stone may also appear in white, yellow, and red colors. Energy healers believe that Celestite has a powerful connection to heaven and the angelic realm.

Celestite is found in geodes often, along with Clear Quartz and Amethyst crystals. Celestite is considered the principal source of strontium a radioactive element. However, according to the International Gems Society, celestite can be used safely.

Celestite is highly valued for its metaphysical properties. This beautiful blue crystal can help in contacting the angelic realm and the pure angelic entities. The stone brings calmness, a sense of peace, and serenity. This angelic stone helps to release or transform negative, unwanted feelings, emotions, and attachments. We often hold on to negativity because we get used to it, or because we don't know how to let go of such feelings.

Celestite Helps to Harmonize and Heal Your Relationships 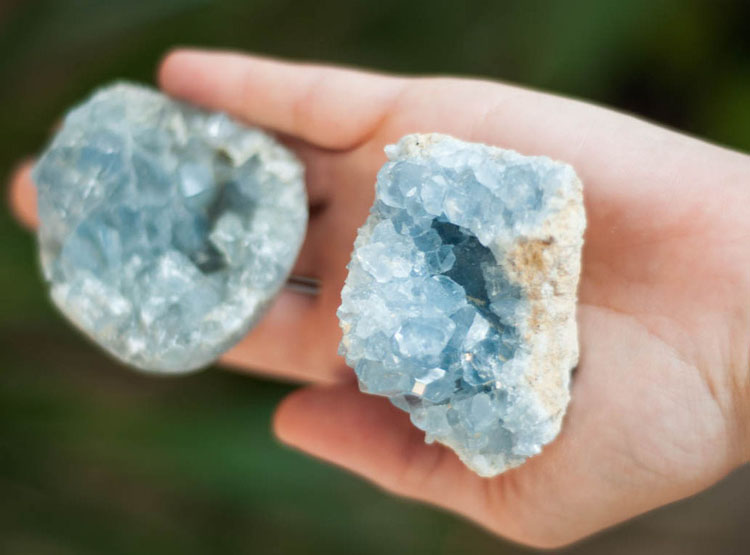 When you have problems in your current relationships, this beautiful angelic stone will help in resolving your conflicts. Keep Celestite in your home to help you maintain a warm, peaceful ambiance. Celestite will help you learn how to release negative energies and accept the process of your inner transformation. 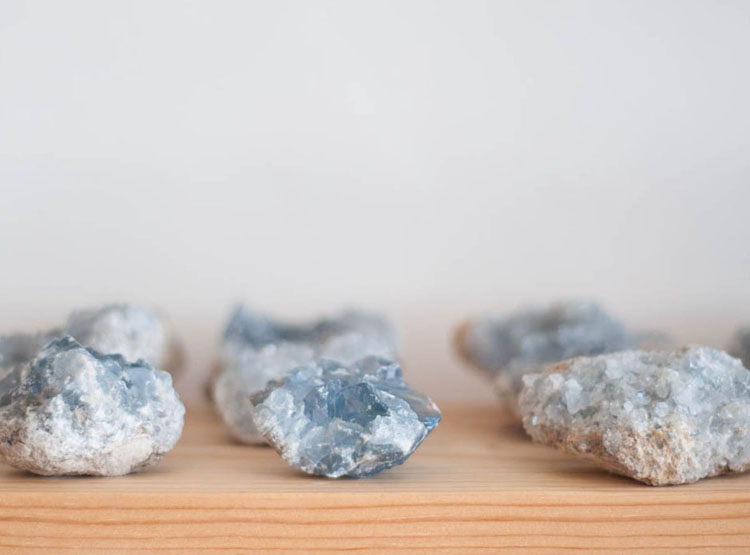 The sky-blue Celestite connects you to your spirit guides and guardian angels, so you never have to deal with life challenges alone. The high-frequency vibration of this crystal will be like a guiding light for your soul towards love and harmony. Keep raw Celestite crystals on your nightstand to be protected by your guardian angels while you sleep.

You can also access the pure vibrations of the crystal by placing a small Celestite on your forehead -to activate your third eye chakra - before you go to sleep. Manifest your intention to connect to the angelic realm to receive guidance and inspiration while you sleep and remember your dreams when you wake up. Celestite activates the throat chakra and helps you express the angelic messages with clarity.

Celestite reminds us that the angels are always ready to teach, inspire, and protect us, guiding us to divine light and love. 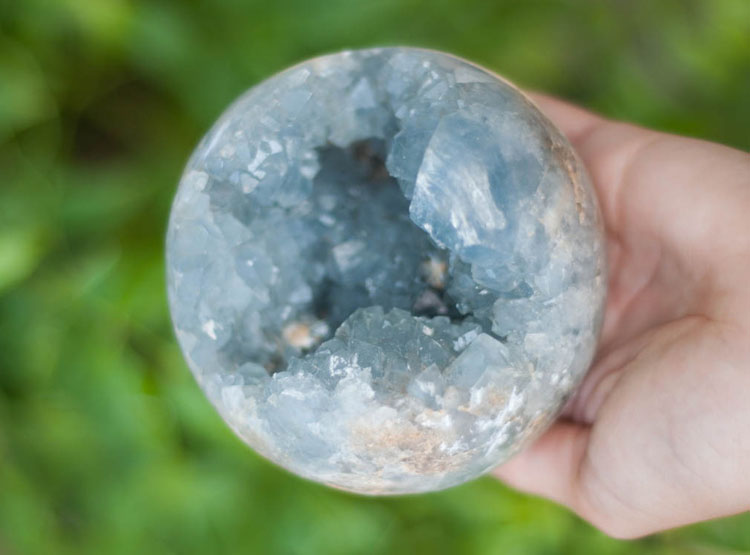 Celestite is an excellent stone for spiritual transformation. During meditation Celestite can ease the transition into higher states of consciousness, difficult to access with an agitated mind amped up with anger and frustration.

To access the peaceful energy of the crystal throughout the day keep a small palm stone or tumbled Celestite in your pocket or purse. For the best results, keep your Celestite cleansed and activated on a daily basis.

There are several ways to cleanse your Celestite crystals. However it is important to know that only some crystals can safely be placed in water, some will lose their luster, while others will completely dissolve in water.

Celestite is one of the crystals that can be damaged by water. It's better to use other methods by cleansing it, including moonlight, sunlight, smudging, or placing it on Selenite plates or bowls.